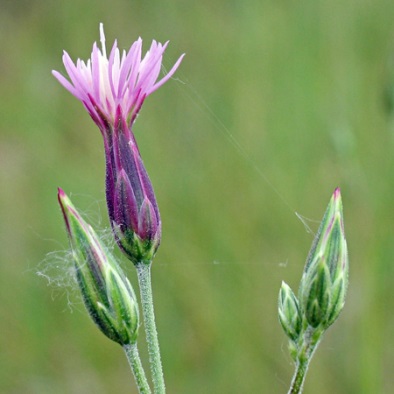 Why is it necessary to control invasive species?

Invasive noxious weeds have been described as a raging biological wildfire – out of control, spreading rapidly, and causing enormous economic losses. Millions of acres in North America have been invaded or are at risk of being invaded by weeds, including cropland, pastures, rangelands, forests, wilderness areas, national parks, recreation sites, wildlife management areas, transportation corridors, waterways, wetlands, parks, golf courses, even yards and gardens. Noxious weeds are currently spreading at a rate of more than 4,600 acres per day on federal lands in the United States.

Prevention, preserving and protecting lands not presently infested, is the first line of defense against aggressive noxious weeds and non-native invasive plants. Prevention requires awareness and action by land managers as well as the general public, to recognize, report, and control new infestations before they have a chance to expand and spread.

The Utah Weed Control Association (UWAC), was organized in 1986. It was formed in order to bring weed control issues into a greater light and to provide a forum to address ways to improve weed control in the state. The UWCA is comprised of Utah’s best weed control professionals striving to implement the best weed management practices available with today’s technology. With the invasion and rapid spread of noxious and invasive weeds in United States, it’s more important than ever to have trained and dedicated professionals and an informed public interested in and capable of controlling this serious threat to our society and environment.

What is a CWMA?

Cooperative Weed Management Areas, commonly referred to as CWMA’s, are one of the newest and most effective ways to battle noxious and invading weeds in the United States.

Technological advances in machinery, chemicals, and biological controls have benefited the industry in tremendous ways in the last several years giving tremendous power to individual departments and agencies. In the past these departments and agencies relied on their own employees to get work done in their respective jurisdiction, often blaming and being blamed by others for encroaching weed problems.

Weeds are everyone’s problem. Through the development of CWMA’s, most of the “blame game” is replaced by the cooperative efforts and resources of multiple departments and agencies across jurisdictional boundaries.

Often CWMA’s are able to secure substantial government funding because the scope of projects can be increased to include weeds across federal, state, county, municipal, and private properties.