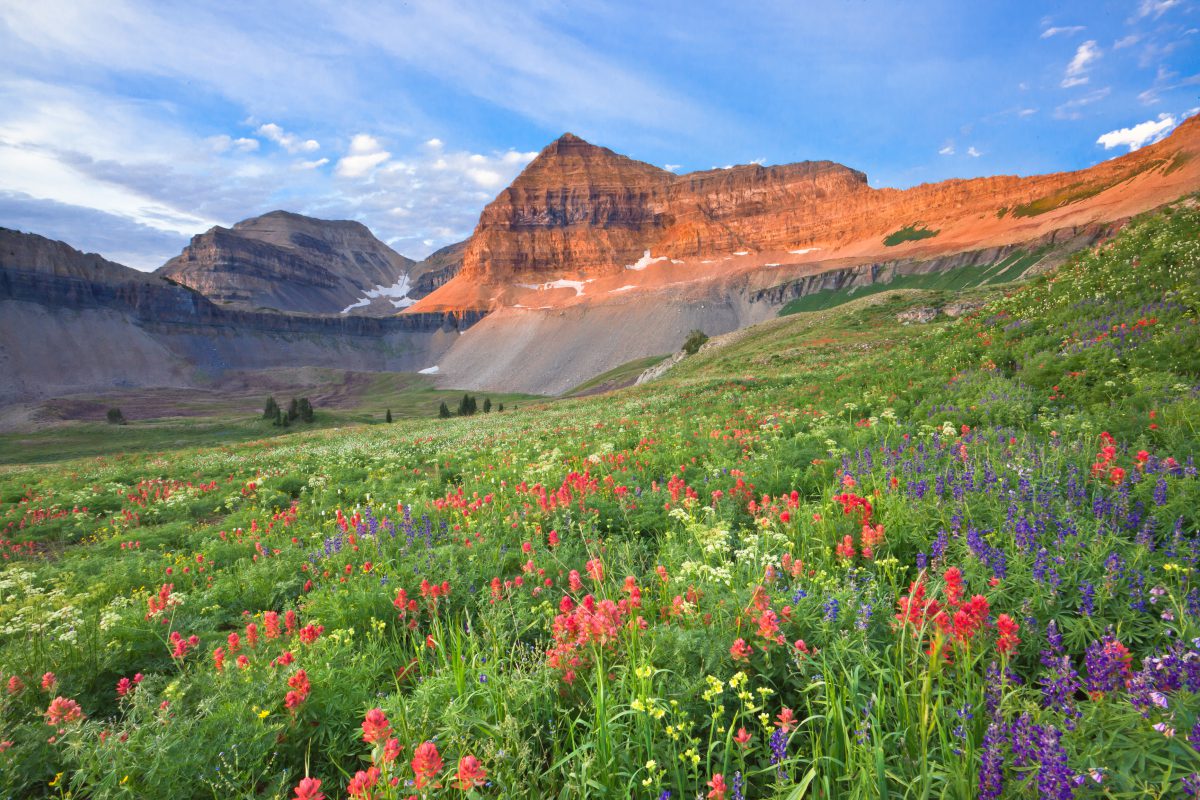 The State of Utah supports the wise use, conservation, and protection of public lands and their resources, including well-planned management prescriptions.  It is the State’s position that public lands be managed for multiple uses, sustained yields, prevention of waste of natural resources, and to protect the health, safety and welfare of the public.

The cornerstone of this management is the coordination and cooperation between the State and Federal land management agencies. The State recognizes that federal agencies are mandated to manage public lands according to federal laws, policies, and regulations established within the framework of the U. S. Constitution, including the Federal Land Policy and Management Act (FLPMA), the National Forest Management Act (NFMA), and the National Environmental Policy Act (NEPA).

Under the Tenth Amendment to the United States Constitution, the State retains its authority as a sovereign except where specifically superseded by powers granted by the Constitution to the federal government. See U.S. Const. amend. X (“The powers not delegated to the United States by the Constitution, nor prohibited by it to the States, are reserved to the States respectively, or to the people.”).  “The Tenth Amendment confirms that the power of the Federal Government is subject to limits that may, in a given instance, reserve power to the States.”  New York v. United States, 505 U.S. 144, 157 (1992).  In taking actions affecting States, the federal government must always consider whether an incident of state sovereignty is protected by a limitation on an Article I power. See, id.  The Tenth Amendment requires that the federal government treat the State as a sovereign entity – a separate government with unique and distinct powers to be consulted regarding matters pertaining to lands within its borders and affecting its citizens.

FLPMA (43 USC 1712(c)(9)) requires the BLM to coordinate Plans with the land use planning and management programs of the States and Local Governments within which the lands are located. The BLM Land Use Plans “shall be consistent with State and local plans to the maximum extent [the Agency] finds consistent with Federal law and the purposes of this Act.”3

The BLM has the responsibility to assure that consideration is given to those State, local, and tribal plans that are germane in the development of land use plans for public lands and to resolve, to the extent practical, inconsistencies between Federal and non-Federal Government plans.

NFMA (16 U.S.C. §1604(a)) requires that the USFS Forest Plans be “coordinated with the land and resource management planning processes of State and local governments and other Federal agencies.”

Under NEPA (42 U.S.C. § 4321), federal agencies are required to identify possible conflicts with state, local, and tribal plans during the environmental review process and determine the significance of the conflict. Where an inconsistency exists, the review should describe the extent to which the federal agency would reconcile its proposed action with the plan or law.5

Federal agencies should request participation of Cooperating Agencies in the NEPA process at the earliest possible time, using the environmental analysis and proposals of cooperating agencies with jurisdiction by law or special expertise, to the maximum extent possible consistent with its responsibility as lead agency.

When creating Land Use Plans or Resource Management Plans, BLM and USFS are required to coordinate their plans with State and Local Government plans. Coordination is a separate process from Cooperation, and must occur regardless of whether State or Local Governments were designated Cooperating Agencies. Agencies must make efforts to draft Federal Plans that coordinate with State and Local Plans.

NFMA requires the USFS to coordinate with local governments but does not specify how the process of coordination is to be accomplished. Forest Service regulations require:

Consistency between federal, state, local, and tribal plans is the desired outcome for the coordination and cooperation processes required of federal agencies. The importance of coordination and cooperation between state, local, and Federal agencies during planning processes cannot be overstated. Early involvement and equal consideration in environmental reviews, as Interdisciplinary Team members, stakeholders, and Cooperating Agencies is the State’s main objective and motivation for creation of the State Resource Management Plan.

Before a federal agency funds, licenses, permits, or otherwise authorizes a proposed undertaking, Section 106 of the National Historic Preservation Act requires that agency to take into account the undertaking’s effect on historic properties—cultural and historical resources that are eligible for inclusion in the National Register of Historic Places. The agency must then give the President’s Advisory Council on Historic Preservation a chance comment.

The Section 106 Process provides detailed steps to meet this statutory requirement, and also allows other consulting parties to participate. These parties include, among others, Indian tribes and the State Historic Preservation Officer. A common misconception about the Section 106 Process is that it can prevent an undertaking from occurring. On the contrary, the process actually assists the undertaking by seeking to identify historic properties potentially affected by the undertaking, assessing its effects, and looking for ways to avoid, minimize, or mitigate any adverse effects on historic properties.

Section 404 of the Clean Water Act

The basic premise of the program is that no discharge of dredged or fill material may be permitted if: (1) a practicable alternative exists that is less damaging to the aquatic environment or (2) the nation’s waters would be significantly degraded. In other words, when you apply for a permit, you must first show that steps have been taken to avoid impacts to wetlands, streams and other aquatic resources; that potential impacts have been minimized; and that compensation will be provided for all remaining unavoidable impacts.

Proposed activities are regulated through a permit review process. An individual permit is required for potentially significant impacts. Individual permits are reviewed by the U.S. Army Corps of Engineers EPA website, which evaluates applications under a public interest review, as well as the environmental criteria set forth in the CWA Section 404(b)(1) Guidelines, regulations promulgated by EPA. Some states have assumed this permitting authority and regulate these activities.

For most discharges that will have only minimal adverse effects, a general permit may be suitable. General permits are issued on a nationwide, regional, or state basis for particular categories of activities. The general permit process eliminates individual review and allows certain activities to proceed with little or no delay, provided that the general or specific conditions for the general permit are met. For example, minor road activities, utility line backfill, and bedding are activities that can be considered for a general permit. States also have a role in Section 404 decisions, through State program general permits, EPA website, water quality certification, or program assumption.