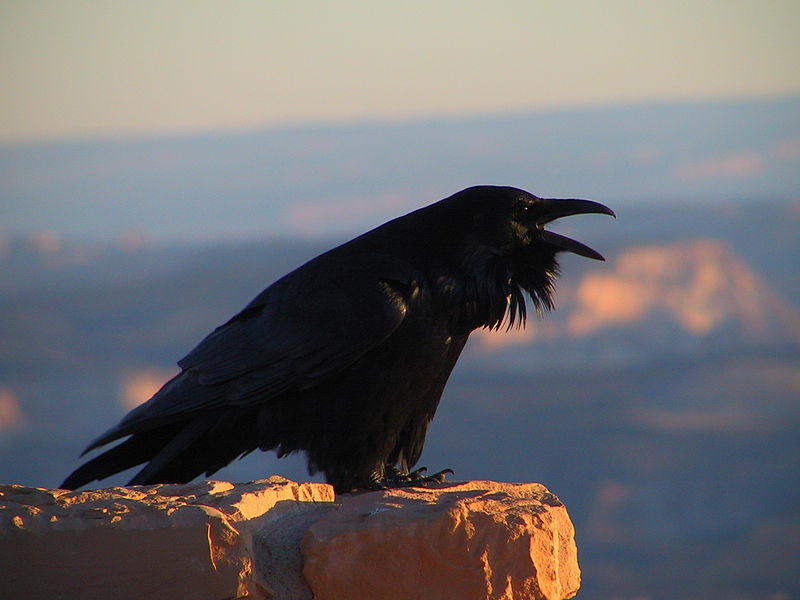 The primary focus of predator management in Utah is 1) protecting livestock from coyotes, black bear and cougar, and 2) protecting mule deer, greater sage-grouse, and other wildlife (including threatened and endangered species) from coyotes, raptors, ravens, and small mammalian predators. In the absence of proper management, these smaller predators, like common ravens and small mammalian predators, can have a tremendous impact on a wide range of prey species and populations.

The state of Utah recognizes predator management as an important tool available to professionals at the Utah Division of Wildlife Resources (DWR), the Utah Department of Agriculture and Food (UDAF), and U.S. Department of Agriculture Wildlife Services (USFWS), when needed. These government agencies strive to ensure that predatory species populations continue to exist in Utah while at the same time addressing impacts predators have on prey species, the public, and other factors on a case-by-case basis.

Although not commonly discussed or understood, avian predators such as the common raven can have a tremendous impact on a variety of species. For instance, recent studies demonstrate that increased raven numbers have negative effects on greater sage-grouse nest survival. This is particularly true in areas with relatively low shrub cover. Greater sage-grouse are a species of conservation concern throughout the state of Utah and the State is working to manage those populations, maintain shrub canopy cover in greater sage-grouse nesting areas, and reduce the perch structures used by common ravens in sage-grouse habitat.

In addition to ravens, there are a number of small mammalian predators that have a tremendous impact on prey species. For example, red foxes can also impact sage grouse populations and racoons are a key predator of nesting waterfowl. Management of these predators is therefore also critical to ensuring the success of species, such as the greater sage-grouse, which could potentially become federally listed as a threatened or endangered species under the Endangered Species Act if they are not actively managed.

The primary agency overseeing predator management to protect livestock from predation is Utah Department of Agriculture and Food (UDAF) in cooperation with the Livestock production, which contributes significantly to the economy of the counties and communities throughout the state, generating $1.8 billion in cash receipts in Utah in 2019. The U.S. Department of Agriculture (USDA), Animal Plant Health Inspection Service (APHIS), and Wildlife Services (WS) work together to protect livestock from coyotes, and in cooperation with Utah DWR, includes management of cougars, black bears, eagles, wolves and other predator species that cause damage to livestock populations. In the absence of these active management and similar programs, lamb losses are estimated to be as high as 30%, whereas the WS program kept losses below 9% in fiscal year 2019 (the most recent available data). It is also estimated that cougars and bears cause an estimated 19% of lamb predation in the state, which generally occurs during the summer when sheep are grazed in high elevation mountain ranges.

Utah Code 23-13-3 provides that wildlife is declared the property of the State. The DWR has been given authority to manage “protected” wildlife. Predator damage is managed through hunting permits, reimbursement for crop and livestock damage, issuing depredation permits to producers to take predators when they suffer chronic losses, and through assistance from the WS program.

In addition to these efforts, the Utah legislature has enacted programs to address coyote damage to mule deer populations.  One of these programs is an incentive that pays coyote hunters $50.00 dollars for each coyote turned in to DWR.  Another program focuses on coyote predation in specific areas where mule deer give birth and raise fawns. This program funds targeted removal efforts in partnership with WS and the Utah Department of Agriculture and Food.  Funds are also provided as a match to counties for removal of coyotes that benefit both livestock and wildlife.  In fiscal year 2021, these programs resulted in the removal of 6,154 coyotes.

Wolves exhibit behavior patterns, such as cooperative hunting in packs, which clearly separate them from bears and other predators. By any measure, wolves are highly effective and efficient predators. Currently, there are not any established breeding populations of wolves in Utah. However, there are occasional transients and migrants.

As of January 2021, wolves were delisted throughout Utah. However, the delisting was challenged and a recent opinion from the Northern District of California reinstated Endangered Species Act protections for wolves throughout the State of Utah, with the exception of the far northeast corner.  Wolves are therefore currently managed according to the Utah Wolf Management Act, which prevents the establishment of packs unless, or until, they are again removed from the Endangered Species Act throughout the entire State. However, this is an interim measure only and, upon delisting, the Utah Wolf Management Plan will once again apply. The Utah Wolf Management Plan outlines Utah’s strategies and protocols for managing wolves statewide, and although the courts recently reinstated the listing, the Northern District of California also found that Utah’s Wolf Management Plan is adequate to protect wolves post delisting. Under Utah’s Wolf Management Plan, and assuming they are delisted throughout the State, wolves will be treated as a protected species. Utah livestock producers would then have options to help protect livestock from wolf depredation and may be compensated if a wolf attacks their animals. DWR will give their authority to the WS to act on DWR’s behalf to resolve livestock depredation incidents which involve wolves.

Strategies for managing predator species based on the best available science and management practices.